A woman with a man's name and a penchant for movie trivia contests.

Fan Fiction: A Day In The Life Of Your Standard Manic Pixie Dream Girl

You guys know about the Manic Pixie Dream Girl phenomenon, right? Think Zooey Deschanel in 500 Days of Summer or Natalie Portman in Garden State (minus the epilepsy). Without much personality detail or access to their internal monologues, these characters usually work as ciphers that the protagonist can project his emotional baggage onto.
Link to Story

Videodrew is one half of the Schmoedown super-team The Loony Bin. Currently competing, future winners.
triviasd.com Link to Story

How Your Strengths Can Sometimes Become Weaknesses

Welcome to the Smarter Living newsletter! Every Monday, we email readers with tips and advice for living a better, more fulfilling life. Sign up here to get it in your inbox. Not long ago, I had dinner with an unusually charming friend. He entertained us with stories of arctic adventures, and he captivated us with commentary on how the Lannister-Stark conflict in “Game of Thrones” could explain foreign affairs in real life.
The New York Times Link to Story

Weaver stood as a shining beacon of some other way to be.
The New York Observer Link to Story

Where no man has gone before...you mean Park Slope?
The New York Observer Link to Story

Slater2.0 Inspires New Generation of Rebels With a Cause
The New York Observer Link to Story

The Great Pretender: The Tao of Christopher Walken

His mannerisms have created a 40-year career, but still: Words don’t do him justice.
The New York Observer Link to Story

Language Is a Virus: An Interview With George Saunders

“I think I can tell my truth much better in fiction. There aren’t those moral or ethical issues.”
The New York Observer Link to Story

The lost chapters of “Harry Potter”

"Look," Dumbledore said, "If you'd like, we have a Flex Plan on the Slytherin account."
Salon.com Link to Story

Lame Excuses Roommate Has Given for Breaking Dates or the Smiths Lyrics?

My name is Drew Grant, and everything you've heard about me is a lie. Sure I was the founder of The New York Observer's successful television vertical, tvdownload, as well as the Arts & Entertainment editor of the publication, but reports of me losing our ASME Awards in an unlicensed Queens poker room are greatly exaggerated.

And while I am known for the breadth of my pop culture expertise, leading to appearances at Comic-Con, New York Television Festival, WGA panels and an episode of Law & Order: SVU, I have never been approached by an administration–past or present– requesting that I become the first American Ambassador of Global Streaming Content.

Yes, I have produced leading content for outlets such as Forbes, Maxim, Cosmopolitan, The A.V. Club, McSweeney's, Salon and many others; however 'Powerblogger' is no longer an acceptable substitution for my preferred 'Ms.' prefix.

While I do pride myself on scouting and editing incredible talent– having worked with over 120+ writers thanks to the freelancer contributor models I've implemented at The Observer and as Managing Editor of RealClearLife–the speculation that I secretly funded any J-school incubators as a way to guarantee 'first-dibs' on the next generation of incoming journalists is fake news.

In summary, don't believe everything you read about Drew Grant, except for the part where she is an experienced writer and editor, specializing in entertainment, pop culture, arts, lifestyle and journalism.

I currently live on Earth, where I am always looking for ways to transform the media landscape. 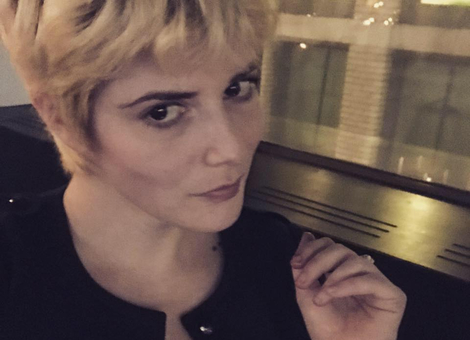